Do you ever say to yourself: “I really need to get rid of some stuff…”

Most of us have a dysfunctional relationship with our stuff. We buy more than we need, usually to fulfill some void that can’t be filled by stuff, and then we relegate that stuff to some corner of our homes and forget about it.

Then, when our homes are full, we go out and buy additional storage. The storage industry in the United States is a $25 billion business. There are so many storage units that there’s even a reality television show that chronicles what happens after the storage units are abandoned (which happens often).

Do you think we’ve gone too far?

In this episode, we talk about: 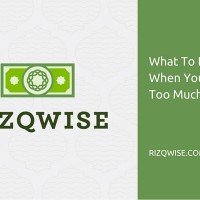